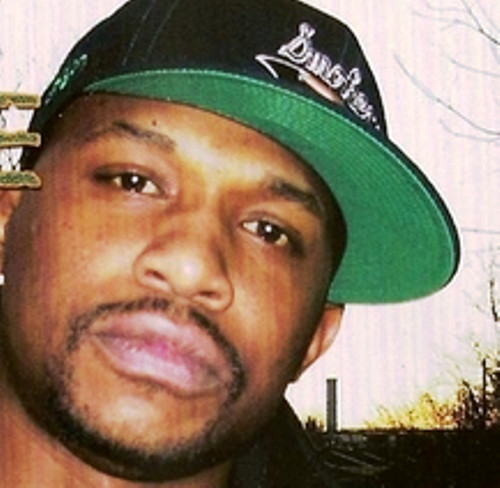 Big Gee is an artist from out of an area in Atlanta known as Mechanicsville and drops his album on Block Enterprises/Greg Street Productions. The album features appearances by Baby of Big Tymers, Kandi, Big Docta, Tiny, Big Duke, and Smoke.

The album opens up with a tight ass cut that has a 70's pimpin funk type feel. The track is called "Once Upon A Time" which Big Gee takes you back thru the early years of the ATL streets. If you from the ATL and you listen to this shit Big Gee is going bring back some tearful memories that only a true ATLien would remember. "Bout My Paper" is the track that features Baby of Big Tymers and Kandi. This cut is a real laid back pimping cut with Kandi doing a wonderful job singing the hook. This track sounds like a million dollar hit that should be on TV or the radio. "Grown Folks" is a pretty good cut in which Big Gee goes off on different subjects. This cut is kind of like Gee standing up for everything that he feels and believes with out biting his tongue. Big Gee even touches on the subjects of politics which brings humor to some seriously fucked up shit that has going unhandled in American society. "Cuttin Sumthin" Ft Jazze Phae. This cut has that usual laid back riding feel with some singing by ya boy Jazzy Pha. This song is about the hoes that want to act up instead of laying on their back like they suppose to.

"Tell the Truth" is a tight cut with a female holding down the hook with some good singing. Big Gee talks about all the folks that's fulla shit that he runs into all the time. We all know the kind of people that act some of the ways that he describes. Big Gee shows you the straight street side of him on "Swats Street Talk" on this cut he gives you the ghetto rawness of his environment. Another hard ass cut is "Po Po at my Do" by the title of that you already know the kind of shit you can expect him to be rapping about. On "Strain" Big Gee flips into some real dark shit about the shit he been thru in life. The way he rapping about shit makes you feel every single word that he spits.

"Slime" is a tight ass cut with a guitar and a hard ass beat to keep you jamming thru the song. The flows on this shit by Big Gee are off the hook. Big Gee raps about getting his own shit while other folks want to hold you down and try to get your shit. "P.A. Niggaz" is some hard ass gangsta shit that sounds like a time bomb going explode. This one of them crunk ass cuts that could get your ass tore up if you in the club bouncing around. This going be a straight up bucking the club song.

Overall Big Gee comes with a diverse ass album which has something for everybody. Big Gee talks a lot about street life but can flip other topics just as well. The production done by the likes of DJ Herb, Jazze Pha, Will Power, Midnight Black, made some hits that sound like he could compete with the shit that's on the countdowns. The thing about Big Gee is he knows how to balance his audience and showcase himself from different views. The album on first listen had to catch me because I didn't know what to expect. The more I listened to this Gee I could tell he's an all around type rapper that can appeal to all audiences. I hate to compare people but honestly because of his diversity and covered subject matter I would say if you like T.I. you should like this. Just like T.I. he raps the hood shit, the crunk shit, but doesn't cater his whole album around one theme. Which shows that he is a true artist that deserves to get his chance sooner or later.