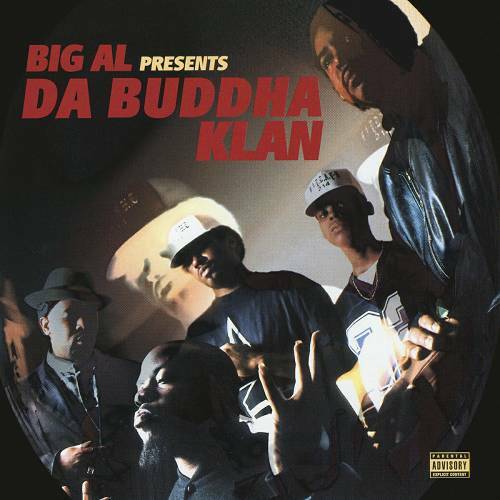 Da Buddha Klan is a group who represents from the hard hitting streets of Dallas, TX and it is led by Big Al of the Nemesis fame. Now Nemesis was more bass oriented and since that era faded away by the mid nineties, Al quickly decided it was time to move on, although he would later return for a reunion album in 2000. After a couple of minor production stints, he formed the Da Buddha Klan in the year 1995. He recruited rappers from different neighborhoods across Dallas and ended up with the members: U.P.T.I.G.H.T., 211, Mabooba, Playa Sup, Cos, M&M, Lo Macc and M.A.Y.D.A.Y. K., the female emcee. After assembling a wide array of musicians and composers, Da Buddha Klan debuted on the infamous Profile Records in 1996. The production is top quality and is provided through various producers. The crew is led by Christopher Smith and Mabuta Ellison while assisted by Floyd Bonner (Guitar), Tim Grugle (Drums), Zach Johnson (Bass) and Roger Webb (Keyboards). The beats contain intricate rhythm patterns and are blended ever so exquisitely. The musicians did an excellent job with each of their respective instrument and the producers gave them a green light when it came to creativity. Lyrically the album is also superb. Da Klan doesn't waste any time getting started on the microphone and each member contributes evenly. Their rhymes are delivered very precisely and rapidly as well. The core content is straight out of gangster territory and can be considered equally rough. All the members are commendable lyricists and the two standouts being Uptight and Big Al. Guest appearances are made by War Loc and Lisa Schmitz who provides the background vocals. Overall this record is full of great content and it shines from all angles. What started out as a side project ended up easily exceeding expectations. Although Big Al passed away in 2000 and he garnered a great deal of success through his membership in the group Nemesis, this release can easily be placed with the best highlights of his career.