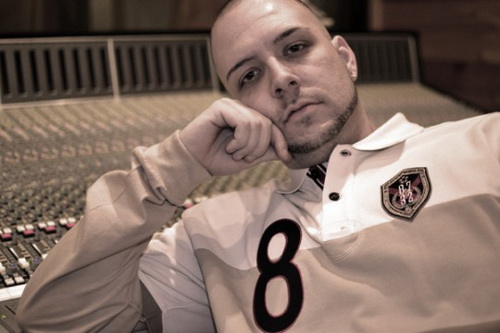 As an artist from Nashville, TN. I have been making music since 2001. I also run a well known recording studio in Nashville called KRUSH ENTERTAINMENT. I have been recording some of Nashville’s biggest talent for years !!! Honestly, before I was known as an artist, I was known for mixing songs. I have worked very closely with Jelly Roll for many years and am proud to call him my friend. We been through alot together, went from being pretty much broke to building an extrememly profitable empire together. Honestly, I owe alot of my situation and recognition to him! I also worked hand in hand with Lil Wyte from 3 6 Mafia for almost a year ! Recording with him as well as touring with him and Jelly.. I’ve met so many talented artists on the road state to state .
As far as my music, I bring a different style to the table. I believe I have a God giving gift to express my self through words. I dont really consider myself a rapper but more of an artist. I try and make it feel like I’m talking directly to you in my verses and talk about real life situations in my songs. Alot of people ask how I can have songs about having money and then
on the same cd, have songs about being broke… I think Jelly said it best.. “My cd is basicly a documentary of my life and what I was going through at that time…” At one point of recording Chess Moves 2, I was at probably one of the lowest points in my life so thats what I made songs about. Things started getting alot better and I started making songs about ballin again, cause thats whats was really goin on… Pay attention to this next part because its the most important thing I can tell you from an artist to a fan. If you have taking the time to read this, you dont know how humbly I appreciate your time and curiosity as to my story. I believe good music will only take somebody so far, It takes each and every one of you to go out and spread the word and music to your friends! Burn my cds as many times as you’d like, give em all out, sell em, whatever you gotta do. At the end of the
day its you all that create the awareness about us artists. Without you we would honestly be nothing.
In 2012, I am really going to be pushing this new project “Chess Moves 2.” I have plans for shooting 9 more music videos over the course of the year to songs on the cd. Shout out to everybody that loves me, I just hope yall know I love ya back !! Nashville underground music is my heart and soul! I love each and every artist from here that puts on for our city. If anybody needs anything from me hit me up! HighRolla

D-Real and HighRolla teamed up and created one of the most unique Independent albums out in 2013 entitled "On Top Of Thangs" Deonte Davis (aka D-Real) Was born and raised in Chicago IL. He moved to Nashville Tn in 2006 And auditioned for American Idol, He made it all the way to the group finals ! HighRolla was born and raised in Nashville Tn, and has made a name for himself around the country with his music, His prior releases include "Chess Moves 1&2", and also "Chess Moves Nation Wide 1&2" He also recorded mixed and mastered albums for JellyRoll, Haystak, Worm, Rehab Get Money, Lil Wyte, Roach, Kwik Money, Lil Blaze, and many other Tn artists.
HighRolla met up with D-Real in 2009 at Black Fly Studios, In Madison TN., D-Real went to prison shortly after that. He was Released Christmas eve of 2012, And found HighRolla and they immediately began working on the "On Top Of Thangs" Album. When you listen to this album you will see and hear the unbelievable chemistry between the 2 artists. HighRolla said publicly that he believes this to be the best album he’s done thus far in his career! They recently shot a video to the
song called, "Coulda Had It Made" A motivational Song about a young single mother thats had a rough life. They have 4 more videos on the schedule to be shot over the next 3 months.. There are also talks about recording another album together soon depending on the response from this one.