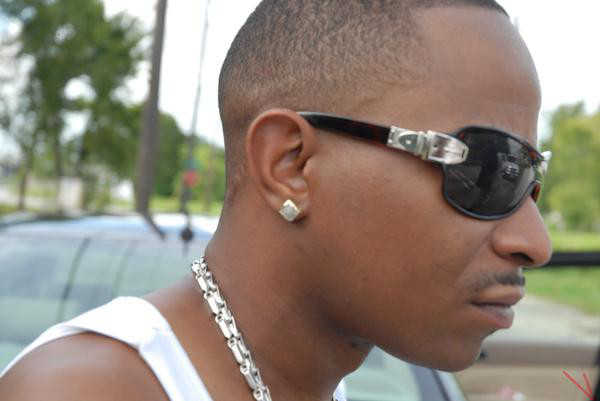 Mr. Marcelo a. k. a. Brick was born and raised in the Magnolia Projects, located in New Orleans, LA. Marcelo is a lyrically talented and legendary mafia boss type rapper/songwriter. He has been putting in hard work and dedication since 1987and is known on the streets as the southern Jay-Z. He has paid his dues to the underground scene and achieved his local success with a song called Hey P-Popper in 1992, which was a very popular dance at that time.

Marcelo continued his career landing himself a deal with Tuff Guys Entertainment, where he was making a lot of noise and caught the attention of No Limit Records. He was made a member of the 504 Boys and was featured on the hit single, Where U At Whodi. He then released Brick Livin on July 25, 2000 and gained his name as The Brick Liver. The Source magazine rated Brick Livin with 3 mics. How U Like It Baby featuring Master P was the lead single on the album and the video aired on BETs Rap City. He also performed on BET Live along with comedians MoNique and Pierre. He had guest appearances by: C-Murder, Master P, Doe Doe, Krazy and many more. Brick Livin went gold, proving Marcelo had made his mark in the industry.

Marcelos second album titled Streetz Got Luv 4 Me, was released on Juy 30, 2001 on Priority Records. His hit singles were One and One featuring Curren$y and Lil Doc and 3rd Ward Gs featuring Baby and Doe Doe. This album features guest appearances by: Curren$y, Soulja Slim, Mystikal, Chyna White, Lil Doc and many more. Since then, Marcelo has collaborated with many hot MCs such as: Dougie Fresh, Juvenile, B.G., Soulja Slim, Sticky Fingaz, Chyna White, Snoop Dogg and many more. Marcelo continued to hold his own, proving he could successful in the music industry.

In 2002, Marcelo formed his own label, Brick Livin Entertainment, where he released his first mixtape Mr. Marcelo presents The Throwback Album Vol.1. This album was released on November 28, 2002 and has 21 blazing old school tracks with a new school twist. This album features many of New Orleans up and coming artists. The lead singles were Wishing On A Star and Tear The Club Down featuring Lil Doc and Bigg Ramp, which kept all the clubs jumping.

Marcelos next album titled Still Brick Livin was released to stores on July 27, 2004 on Brick Livin Entertainment. This album has 19 blazing songs and features the late Soulja Slim and Doe Doe. His hit singles were Stop and How U Like It Baby Remix featuring Curren$y Da Hot Spitta. His hottest single was Tear Da Club Down Remix featuring Da Fam Gang, which was a smash song in clubs everywhere. This album has guest appearances by: Baby, Curren$y Da Hot Spitta, Soulja Slim, Doe Doe, Da Fam Gang and more.

Marcelo went on to release his next two mixtapes. Magnolia My Home was released on February 8, 2005. The hit song was Bounce Baby Make It Bounce featuring Ka$h Flow and Soulja Slim. On this album hes bringing you back to the heart of the Magnolia Projects and letting you know how it all goes down. The next mixtape The Take Over was also released February 8, 2005 on Ball Or Fall Records. This album is a collaboration of several New Orleans artists and gives you a variety of different styles.

Following the devastating Hurricane Katrina, Marcelo released his next mixtape The Evacuation on September 10, 2005. The lead single was Heads Up. On this album he brings you to the heart of the Magnolia once again and letting you know more about how it was growing up in the project.