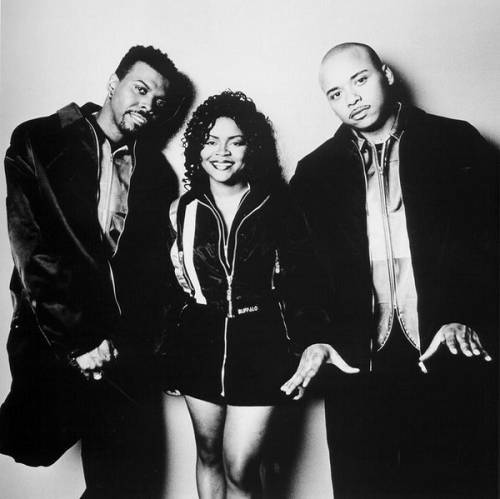 Quad City DJ's is an American music group consisting of Jay Ski (Johnny McGowan), C.C. Lemonhead (Nathaniel Orange), and JeLanna LaFleur who recorded the 1996 hit "C'mon N' Ride It (The Train)", a rap-remix of Barry White's 1974 "Theme from Together Brothers". They are best known for writing and performing the theme song to the 1996 animated basketball film Space Jam.

The two first partnered in 1988 in Jacksonville, Florida. They first were in a group known as Chill Deal. During this time they produced fellows acts Three Grand and Icey J, the latter being famous for the female answer rap to Rob Base's "It Takes Two" entitled "It Takes a Real Man". After Chill Deal dissolved, they reformed as 95 South to create the triple platinum hit "Whoot, There It Is". Their success led to work with Dis-n-Dat producing "Freak Me Baby" and 69 Boyz producing the double platinum single "Tootsee Roll".

Later in 1996 the group contributed to the Space Jam soundtrack, including the theme song. The theme song got frequent showing on MTV and charted fairly well, peaking at #37 on the Billboard Hot 100.